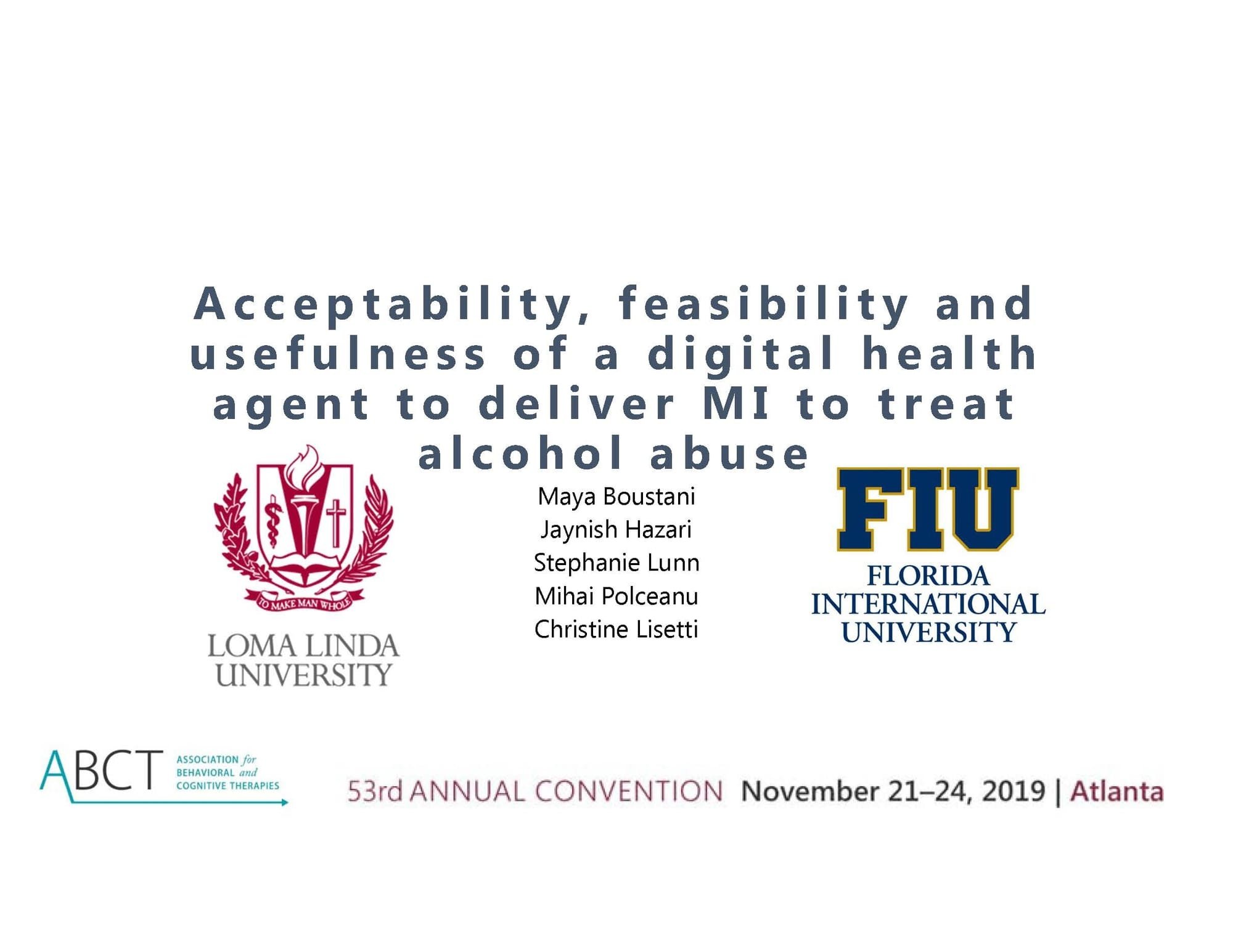 METHODS: A total of 15 doctoral-level clinical psychology trainees with knowledge of MI provided feedback regarding the attributes of EEVA; specifically the perceived acceptability, feasibility, and usefulness of the intervention. An audio recorder captured participants comments, as they were instructed to "think aloud" as they used the technology. Participants completed a post-intervention questionnaire based on a combination of O’Brien’s 6-attribute model, Heerink’s model and Bartneck's ‘Godspeed questionnaire’ to determine the acceptability, feasibility, and usefulness of EEVA. We will analyze qualitative data from the "think aloud" exercise using an inductive method to identify emergent themes in participants’ reactions to the technology. Quantitative data from the questionnaire will be analyzed using descriptive statistics and frequency counts to explore participants’ impressions of the technology.

RESULTS: Participants reported mixed attitudes towards the technology and positive perceived utility of using it for a clinical population.

CONCLUSION: Web-based interventions are cost-effective, highly accessible, and less stigmatizing than traditional therapy. Next steps will include testing the feasibility, acceptability, and preliminary effectiveness of using this technology with individuals experiencing alcohol abuse.