Parent-child attachment and nondisclosure as mediators of the effects of exposure to community violence on psychological distress. 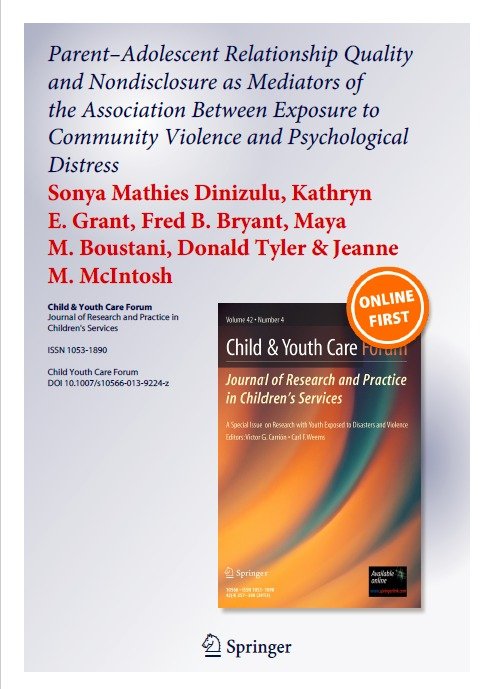 Background: African American youth residing in urban poverty have been shown to be at increased risk for exposure to violence and for psychological symptoms, but there has been little investigation of mediating processes that might explain this association.

Objectives: This study tested the quality of parent–adolescent relationships and adolescent nondisclosure to adults as mediating mechanisms through which exposure to community violence may lead to psychological symptoms.

Conclusions: Combined, these findings suggest that the development of preventive interventions designed to assist adults and parents improve communication and strengthen relationships with adolescents might reduce the negative effects of exposure to community violence on adolescent mental health.